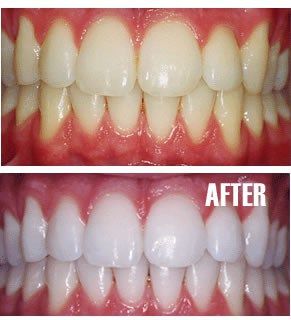 Put a tiny bit of toothpaste into a small cup, mix in one teaspoon baking soda plus one teaspoon of hydrogen peroxide, and half a teaspoon water.

Thoroughly mix then brush your teeth for two minutes. Remember to do it once a week until you have reached the results you want.

Once your teeth are good and white, limit yourself to using the whitening treatment once every month or two.

Here’s what you need to know: Most hydrogen peroxide bottles you can buy at a drug store or grocery store are diluted to around 3 percent. The amount of hydrogen peroxide in commercial whitening treatments varies and can be as much as 10 percent in some products.

But scientific studies suggest dilution is a good thing when it comes to using hydrogen peroxide for teeth whitening; concentrations that are too strong can damage the enamel, or outer coating, of your teeth.

This means if you’re using short, low-concentration treatments, you’ll have to perform more treatments in order to achieve your desired whiteness.