Completely natural solutions to your Rosacea-problems. 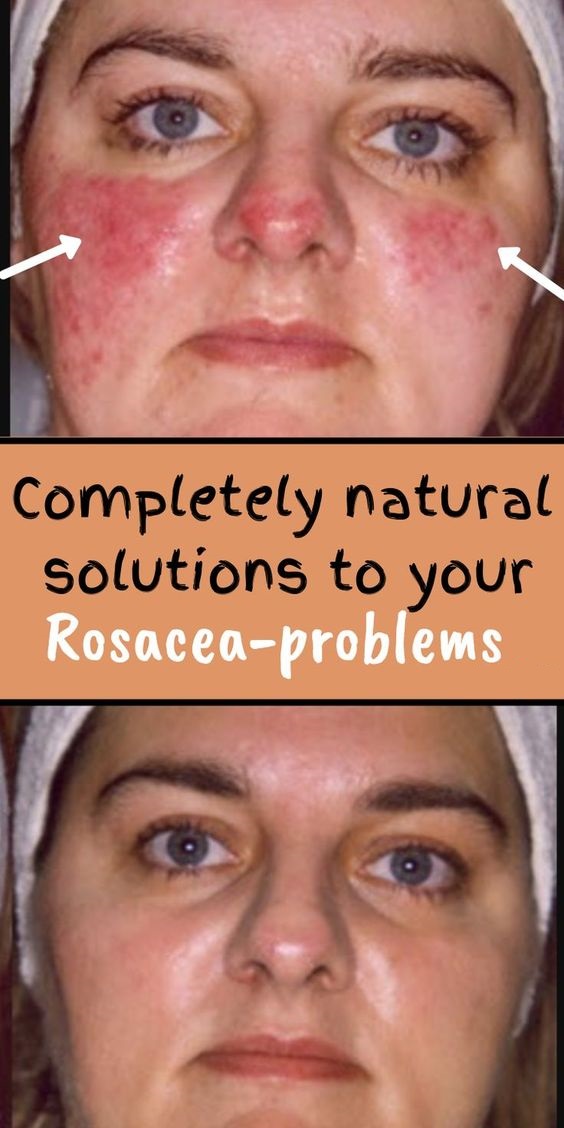 Rosacea is a common inflammatory skin condition that many adults suffer from. Research shows that almost 16 million of American have this skin disease and yet manyremain undiagnosed. The first sign of rosacea is flushing which laterevolves into permanent bumps, pimples, redness and damaged capillaries which cause thickening of the skin around the nose. According to the National Rosacea Society, around 69 percent of the people diagnosed with this condition said that it had a negative affect on their self- esteem and made them feel embarrassed or frustrated.

If you are experiencing the following symptoms frequently you should probably see a doctor because these are the main indicators of rosacea.

People with light skin and those of Celtic origin are mostly victim to this condition. Females are more likely to be diagnosed with rosacea and most people who have this skin problem are between 30 and 50 years of age.

The exact cause of rosacea still remains unknown, however researchers have found some traits that were commonly shared among those diagnosed.

As the aging process occurs the blood vessels are not as flexible which slows down their function and they are unable to empty as quickly. Flushing makes the vessels fill and not being able to empty makes them swollen which leads to redness of the skin.

Studies have shown that the inflammation in the area where rosacea is present tends to be three to four times greater than normally. As an inflammatory response to flushing, blood rushes to the area to promote healing. Here we come upon the problem that there isn’t anything that needs healing and the skin remains inflamed by the blood. Due to our skin’s delicate nature the constant rush of blood may easily cause irreversible damage.

Demodex mites are microscopic organism that live on our skin. They carry bacteria and a higher amount of these mites have been found settled on the skin of people who suffer from rosacea.

The immune system of people with naturally clear skin who rarely have skin problems is easily able to fight these mites and stop them from causing irritation. However, this is not the case with those who have rosacea. The overpopulation of mites cannot be handled by the immune system resulting in damaged skin.

Some doctors prescribe antibiotics but this is not a permanent solution.

Painful therapies as peeling off layers of skin or other conventional methods as antibiotics often do more damage than help. Luckily, we prepared some natural methods for dealing with this problem that will help you decrease inflammation and redness of the skin.

Lavender oil is known to have anti-fungal, anti-inflammatory, antiseptic, antimicrobial and antibacterial properties.

Tea tree oil is one of the most powerful antibacterial essential oils that also has antiseptic properties.

Mix one tablespoon of avocado oil with one drop of lavender and one drop of tea tree oil in a roller bottle. Regularly apply on the infected area before going to bed.

Use aloe gel from the plant or be sure to purchase pure aloe only. For those suffering from mild to moderate rosacea using this twice a day on the affected area is enough. More severe cases must apply aloe four times systematically.

Chamomile along with its anti-inflammatory and anti-bacterial properties is effective in healing damaged skin. Take a handful of chamomile flowers and put them in boiling water, then led the tea cool off in the refrigerator. Then take a cotton cloth dip it in the tea and use it to ease inflammation.

Take a cotton pad and dip it in a cooled cup of green tea. Apply it on the affected area and witness the change. You may also drink a cup or two per day, this will help to ease inflammation and fight free radicals.

Known for its ability to calm skin, oatmeal can also help reduce swelling and ease irritation and itching. First take a handful of organic oatmeal and put them in the blender than mix ½ cup with water and make a paste. Apply and leave it to work for 20 minutes than wash it off with clean water.

JUST USE THIS FORM FOR SEARCH